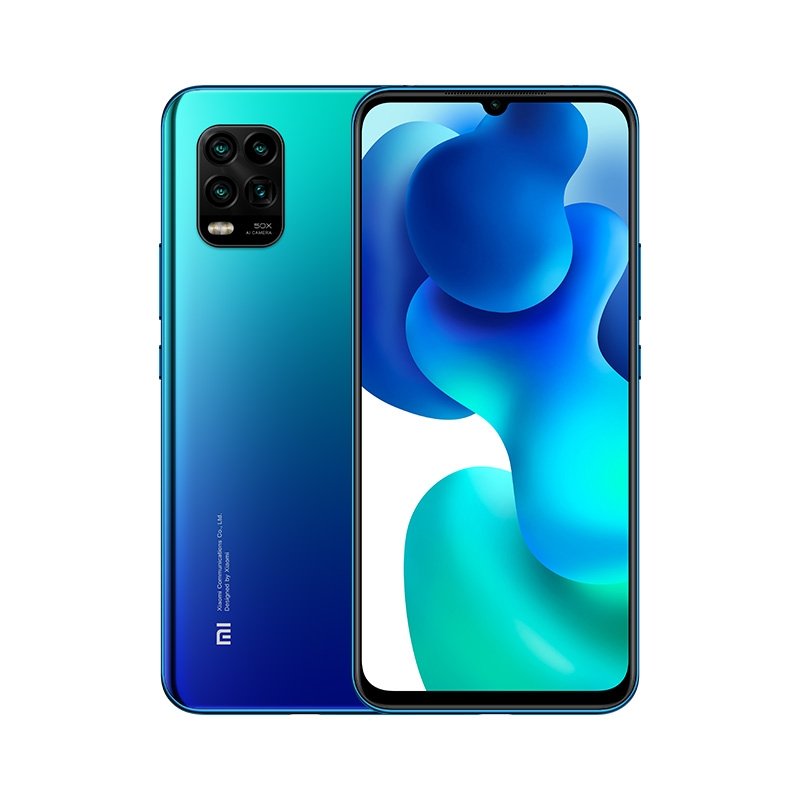 Every year the bargain is a little less . Xiaomi and its Mi series have been a reference in quality-price for years, but with the Xiaomi Mi 10 they play directly in the league of the great high-end, not only for its benefits but now also in price.

The latest Qualcomm processor, an AMOLED screen with an integrated fingerprint reader and 90 Hz, four rear cameras with up to 108 megapixels, 5G connectivity, and a generous battery. After testing the Mi 10 Pro, this is our review of the Xiaomi Mi 10. It is time to check if it is up to what is expected.

Technical sheet of the Xiaomi Mi 10

Xiaomi Mi 10 Designed to stand out

The Xiaomi Mi 10 is an extremely beautiful mobile, but it has a series of problems that come to light during the day to day. Xiaomi has done an excellent job in terms of materials, sensations, and finishes. It shows that we are facing a flagship and compared to previous years, it is noted that Xiaomi has taken a step forward in construction. But this does not prevent there being a couple of sections that we would have liked to be different.

The back finish is gorgeous. Our unit is technically the “coral green” color, although I would say that the tone is more bluish. To the touch, it feels very nice and the feeling in hand is that of having a high-end mobile, but we do not finish enjoying this design because when we use it we have the feeling that we are going to end up damaging it. In my case, I usually use mobile phones without a cover and with this Mi 10, I have not finished feeling comfortable.

One of the reasons is that we are facing another of those slippery terminals, that when you leave them on certain surfaces, it moves slightly. A transparent silicone case is included with the mobile, which in addition to improving grip helps to compensate for the next point in the design that does not convince us.

The increase in the number of cameras has caused manufacturers to have to juggle to place them without affecting the design, but in the Mi 10, the result could have been better. We are not facing a thin mobile, as we have a thickness of 8.96 millimeters, but still, the camera module stands out considerably. This module is placed in a vertical position, with the fourth lens and the flash located outside. The case is that this camera causes a significant imbalance and makes it so when leaning the mobile on the table.

In most mobiles where the camera protrudes, this usually happens, but in the Mi 10, it becomes uncomfortable. The mobile hits the table every time we use it, it moves and makes it very uncomfortable to use. If we carry it without a cover, we will probably prefer to use it in hand than not supported. The camera module causes the tilt to be quite annoying. Xiaomi has taken a step forward with the Mi 10 under construction and finishes. We have a nice mobile phone that offers great sensations in hand, although we found some drawbacks like that rear camera that protrudes too much and makes the mobile “dance”.

With the Xiaomi Mi 10, we have a high-end mobile that feels very good in the hand and the truth is that in the end, you get used to it. These shortcomings that we have named in the end do not detract from a design that is generally of a high level. The keypad is correct, the appearance is shiny and the curves give it a different touch. The bottom edge is slightly larger than the top, but the feeling of symmetry is largely achieved. If we add to this that the edges are quite small and the hole on the screen, we have a mobile that stands out for its large screen.Curves on all four sides.

The curves in the Xiaomi Mi 10 are everywhere. Not only on the screen and the sides, but also on the top and bottom corners and edges. This decision affects the general design of the terminal. It makes for some accidental touches, but they soften the grip. Thanks to these curves, the terminal is slightly thinner on the sides, which helps to generate the feeling that it is a lighter mobile than the numbers indicate .Curves have their own problems, but having them on all four sides helps to lighten and improve the grip of a mobile phone that does not stand out for being a compact or lightweight device.

At 208 grams, the Mi 10 breaks the 200-gram barrier. A number that we normally mark as a psychological barrier of what is heavy or light. But its size is easy to get used to. It is not a compact mobile to operate with one hand, but if you already came from other phones with 6 “screens, the jump to this Mi 10 and its 6.67” should not be an impediment.

Compared to other high-end, the Xiaomi Mi 10 is closer in size to the Plus models than not to the standard high-end. With a screen ratio of 89.8%, Xiaomi’s compaction work is at the height of the best brands, taking into account that yes, the more screen, the higher this figure tends to be.

The construction of the Xiaomi Mi 10 is very good. Despite the fact that the rear camera hits, the truth is that after these weeks of use it does not have any scratches, something that I was not so sure about. The rear easily shows the presence of fingerprints, but it is common in the glass rear. On the front, we have Gorilla Glass 5.

The Xiaomi Mi 10 has an official price of 799 euros in its 128 GB version. Nothing to do with the 499 euros that the previous generation cost. We are talking about huge price rise, but the jump is partially justified. And is that this Mi 10 is a terminal that has little to do with last year’s. That said, the Mi 10 is expected to drop considerably in price. And then it will be when this Mi 10 is one of the most interesting high-end on the market. Until then, the welcome is Xiaomi’s leap in quality.

How to get the most out of the smart device integration