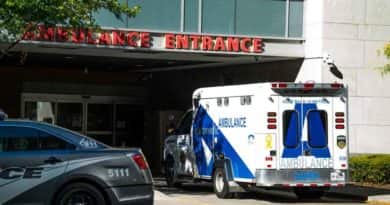 The heat does not suit COVID-19 at all, and this has led Ford to apply a unique method to protect police departments that use their cars from this disease.

Ford has updated the software for these vehicles and has activated a mode that turns the heat on for up to 15 minutes . With this, the interior of the vehicle is set at 56 ° C (133 ° F), a temperature that according to Ford can reduce the concentration of the virus on the surfaces of the car by 99%.

Ford’s idea gets the engine running so the vehicle’s heat and fans run at high capacity. A sensor allows monitoring the interior temperature to confirm that this maximum temperature is maintained for 15 minutes.

To warn of this circumstance, the Ford Police Cars also activates some of its lights in a predefined pattern that changes to indicate that the process has ended, which in turn activates the air conditioning to establish an interior temperature at normal levels.

This system, developed in collaboration with Ohio University, allows to protect areas that chemical disinfectants might not reach, and therefore offers an interesting complement to fight the virus inside vehicles.

The update has been available for days in all Ford Police Interceptor Utility produced from 2013 to 2019, and its implementation has already been evaluated in various police departments in cities such as New York, Los Angeles, or Michigan.