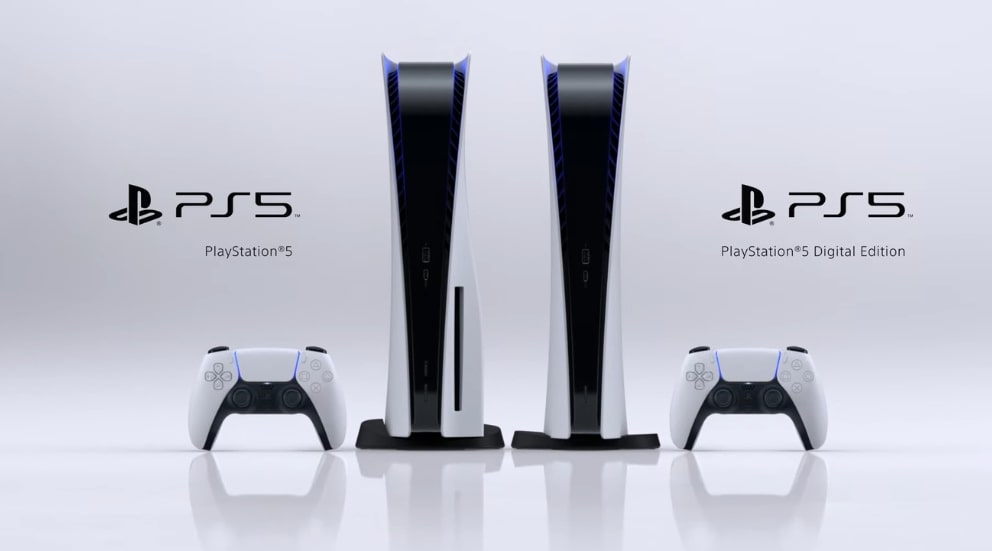 Without warning and by surprise, Sony has just confirmed the design of the new PlayStation 5. PS5 a console that has little or nothing to do with previous-generation consoles. The PlayStation 5 comes with more curved lines that provide a more refined design. It perfectly matches the finish of the new DualSense, also completely different from the DualShock of this generation.

PlayStation 5 two versions: one with a floppy drive and one digital

There will be two versions of the console introduced in this PS5 reveal. The first is the classic one, with its disc reader for those who like to buy games at physical stores. The second, obviously, is a Digital Edition without a floppy drive, so all games will have to be downloaded in digital format or played via streaming via PS Now. Prices and availability of any of the versions have not been revealed, so we cannot affirm that the fully digital edition will be more affordable than the standard one P2P4U.

Along with the console, Sony has presented a batch of accessories, all of them with the same design lines and, in this case, with a strong commitment to white, black and blue. It’s a pretty daring move on the part of Sony, whose consoles have always been eminently black. The accessories are as follows:

Although in all the images that the company has shown in the presentation video, the console appears vertically, it should be noted that the PlayStation 5 can be placed horizontally without any major problem.

Both sides have generous curves that provide a more elegant aesthetic and away from the classic “cube” consoles of previous generations. In the upper area, meanwhile, we find two slits, possibly for ventilation, with blue LEDs. In the front area, finally, we have the USB A and C ports that, predictably, will be used to charge the controls.

A good summary of what Mark Cerny has revealed in his appearance at this online event can be found in this table of PS5 specs with the great hardware features of this new console. In fact, the comparison with the PS4, as pointed out in Eurogamer, is a good way to understand some of those great improvements that are applied in the PS5. Playstation 5 vs PlayStation 4

We don’t know when PlayStation 5 comes out. From Sony, they have confirmed that they will say the price and availability of the console later, without giving an exact Playstation 5 release date 2020, so for the moment it is time to wait. Be that as it may, the PlayStation 5 is no longer a secret, so you will have to be patient until Christmas arrives, when theoretically it should land on the market.

Games for PS5: All the Playstation 5 Games 2020 Revealed by Sony