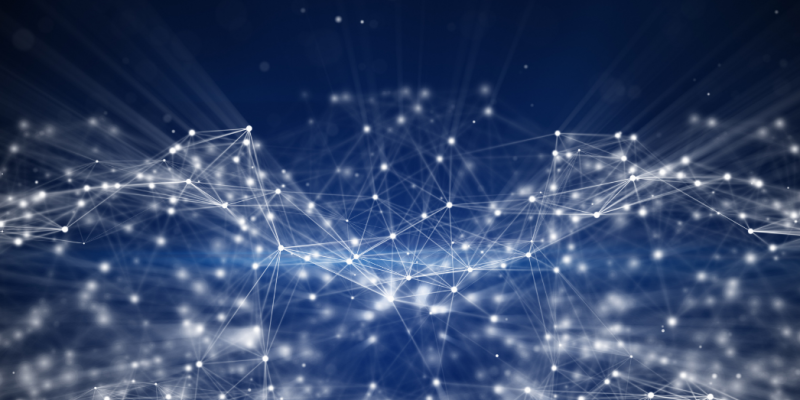 More than 600,000 new businesses get started each year in the US. And every single one of them, from local gyms and bakeries to tech startups and electric car manufacturers, relies on access to the internet.

Regardless of what industry you are in, you can’t run a business without a solid internet connection that supports the software applications you need.

Small businesses can function just fine with a basic wifi connection. But larger organizations need a more robust solution, that improves efficiency and security. That’s where a private LTE or 5G network comes into play.

Rather than relying on shared, public internet resources, large organizations have more at risk. This is why a private LTE network is often the best solution.

What Is Private LTE?

Both private LTE connections, as well as 5G connections, are the internet solution of the future. They are non-public networks. These keep all of the information passing through your company private and safe from outsiders.

They transmit data and voice signals between infrastructure compiled of networking base stations, small cells, and other Radio Access Network (RAN) components.

LTE is the same as 4G connectivity. It’s formally known as 4G Long Term Evolution. In simple terms, it offers a fast and secure internet connection for all your devices. It’s what the general public in the US is used to when using smartphones.

5G is the latest offering, providing numerous benefits over 4G LTE. Namely, 5G is faster, lessens the chance of lag or delays, and can sustain far more devices on a single network.

As a business, all of your employees rely on a connection in order to use their computers, smartphones, desk phones, and other bits of technology. This allows the daily functions of your business to occur.

But with so much information moving at all times, it’s risky to use publically available wifi networks. That’s why many large companies host their own private network, that only their employees have access to.

All of the customers of these companies have the same rights and access to the network. This includes individuals, small businesses, and even some larger organizations.

The only organizations that might have access to separate public networks or greater rights and control over the public network include first responders and those engaged in public safety efforts.

If your organization chooses to use a public network, you won’t have any control over the network. You can’t determine how its resources are allocated and who can and cannot join.

This could potentially put your organization at risk. The chances of outsiders getting access to your data are greater than if you were on your private network, isolated from all other users.

Private LTE networks work in the same way as public ones. The main difference is who owns the network, who controls the settings, and who acts as the gatekeeper.

On public networks, that person isn’t you. On your own private network, you are in charge.

Who Can Host Private LTE Networks?

Private LTE networks are available to any organization with the available resources. There aren’t any restrictions or limitations as to who can run their own network.

But there is an upfront investment required. You’ll need spectrum, the equipment needed to sustain the network infrastructure, and the edge devices that transmit all of the data to the appropriate places.

Spectrum can be purchased from the government or the major MNOs. Infrastructure equipment includes things like base stations and network towers on site. And edge devices are the specific routers, modems, and network gateways used to give users access to the network.

It’s generally a high-capital investment on the front-end. That’s why the organizations that create their own network are generally very large.

This usually means that hospitals, universities, airports, manufacturing facilities, and large companies are the ones who make the investment, rather than small to medium-sized organizations.

Additionally, smaller cities can work with a company like PCS Technologies to provide LTE or 5G access to their entire community. This is becoming more common, as remote workers are fleeing large cities and filling smaller towns and communities.

Those cities looking to attract remote workers and long-term residents can set up these connections across the city.

Wifi is much cheaper and easier to set up than a private LTE network. But it comes with many disadvantages.

For example, with wifi, the signal gets weaker and weaker when providing coverage to larger areas. It also struggles when it comes to underground connectivity, and even struggles to penetrate walls.

But a private LTE connection can maintain strong signal and reliability in all of these circumstances.

It’s also more secure than wifi since all data on the network is encrypted by default. And the cost to maintain the network over time may be less than the cost of maintaining a wifi network.

A fully private LTE network might be the best option for the largest organizations. But this requires the purchasing of infrastructure equipment and spectrum, in order to guarantee total control over the network, making a private LTE network cost much more.

The good news is that you don’t have to be a huge company in order to benefit from private networks. Small and medium-sized organizations, who’d like access to a more secure and reliable network, can utilize Private Shared Networks or Hybrid Networks.

In these scenarios, the infrastructure equipment and spectrum are owned and operated by MNOs or other third-party providers. By joining these semi-private networks, you’ll get some of the benefits like increased security, since the general public cannot access the network.

Costs are streamlined, and you won’t have to worry about maintaining the network yourself.

Is Private LTE Right for You?

Does your organization need a private LTE network? Almost any organization could benefit from the increased reliability, security, and performance offered by LTE connections.

While the upfront investment pushes fully private LTE solutions out of reach for many, hybrid solutions are available, helping you to enjoy most of the benefits at a fraction of the cost.

Looking for more tips like this? Head over to our blog now to keep reading.

What Is Server Management?

Boss Babe: 5 Essential Things You Need to Start a Home Based Business