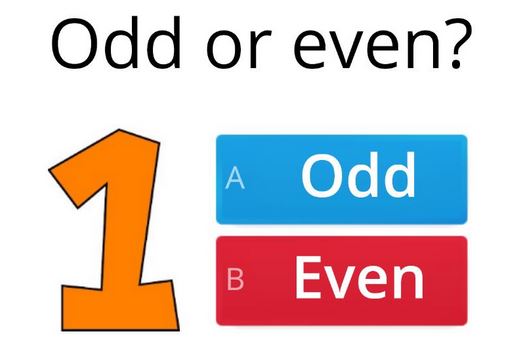 A number is an integer value used to express the quantity of an item and to aid calculations. The numbers are divided into two categories: real and imaginary. In this post, we’ll go through the sub-categories of real numbers known as even and odd numbers in depth. We’ll look at the description, examples, and properties of even and odd numeric values.

Explanation of Even and Odd Numbers:

The stated example for even and odd numbers are given as follows:

Set Representation of Even and Odd Numbers

Characteristics of Even and Odd Numbers:

How to Check if it is an Even or Odd Number?

So, the first step is to view the number in the ones or the units place. This single digit will tell you whether the entire numerical is odd or even in nature.

Let us take the number 132 as an example. To check whether the respective number is even or odd, first, divide the number by number 2.

When dividing the number 132 by 2, we see that it is divisible by number 2 and thus matches the criteria. So, the given number 132 is an even number.

What are Even and Odd Decimals?

Since decimals are not whole numbers, they are neither even nor odd. You can’t assume that the fraction 1/3 is odd because the denominator is an odd number, or that the fraction 12.34 is even because the last digit is even. Decimals and fractions cannot be even or odd since only integers can be even or odd. Zero, on the other hand, is an integer and is divisible by two, making it an even number.

Is hosting a dedicated server safe?

Five Tips To Set Up A Business-Grade Wi-Fi Network