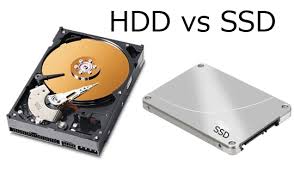 Are you confused about choosing the best computer drive that can increase the performance of your computer? If you are using a hard drive, then your computer device may work slowly, but its efficiency can be enhanced using the solid-state drive, and hybrid drives or SSHD.

All these drives have different data storage rates regarding the working efficiency of your computer. Furthermore, there are several advantages and disadvantages to these drives. The comparison between storage medium SSHD VS HDD will clear all your doubts regarding performance and efficiency.

The traditional hard drive used to store data inexpensively is HDD (Hard disk drive). This vital component of computers introduced since very early in 1956. It is the default data storage device in all computers and laptops. Its data storage capacity varies according to the computer device model which you are using.

HDD stores all data in random access manners as it is not using any sequential orders to store data. It can quickly write and retain all the digital information. The hard drive uses magnetic-storage to fetch information whenever it is needed.

The size of hard disks also varies according to its storage capacity. Its size for laptop is 2.5 inches and for PC is 3.5 inches. It can store a massive amount of data from 500 GB to 1 TB.

SSD uses the operating system to enhance its stability and performance. It has a larger capacity to store data than HDD. It works on the principle of USB flash drive to store data. The SSD uses non-volatile and integrated circuits to store data in forms of memory chips, but these chips cannot be moved.

This is the most advanced storage technology and found in new devices. As HDD has moving parts, the SSD uses NAND memory and has a microchip for storage. This drive had surprisingly increased the performance of new laptops and computers. In SSD, there is no chance of overwriting of data.

In 1987 its prototype was introduced, but fully functional Solid State drive was introduced in 1991. The storage device of SSD comprises tiny electric cells that have improved its storage capacity and shorten the time to receive & send data.

Solid State drive size varies as it comes in different sizes, like 1.8 inches, 2.5 inches, and 3.5 inches. Storage capacity also varies regarding the size of the drive.

The SSHD is s fast cache hybrid of SSD and HDD. It is a mixture of both worlds with larger storage capacity. Basically, an SSHD is the combination of both storage devices with more prior configuration. It is a single device that indicates the types of data and stores it in SSD and HDD.

SSHD is the ultimate solution to all the problems regarding data storage. It works on the principle of both hard drive and solid-state drives. It is established to provide a storage capacity of SSD and the working efficiency of HDD.

SSHD contains the high capacity of HDD and NAND flash memory of SSD. All these features make it more reliable and advanced technology to store data. It does not require any software to decide whether to store the data in SSD or HDD.

In 2007 first hybrid type of drive was introduced by Tech companies. But the first hybrid who can hold both the worlds of drive launched in 2010. The latest technology of SSHD is not much expensive and can be easily accessible.

The simplest way to decide the best storage drive is to elaborate on the main differences among these drives. The following are the main key differences between SSHD and HDD. The SSHD VS HDD comparison tells us about the basic functionality of the drives. Now you have an idea about HDD, SSD, and SSHD. Here are the main points discussed regarding hybrid drive and hard drive

The SSHD comes with incredibly larger storage capacity and enhanced speed. The speed of SSHD to store data is ten times faster than HDD. The higher latency of HDD supports only fever devices, while lower latency of SSHD can easily support more devices. The IOPs (Input and Output operation per second) also varies.

The rotating hard disk drive of HDD consumes more electricity than the non-rotating flash memory of SSHD. And the SSHD doesn’t produce any noise. The moving parts of HDD may be damaged during rotation, and cannot withstand vibrations. But SSHD can handle vibrations up to 2000 Hz.

Data Transfer in SSHD VS HDD:

In HDD data storage can take time due to sequential orders because the hard drive has to find an appropriate point to store data. But in SSHD, there is random access manner of SSD. It can store data within no time. There is no delay regarding head motion and no mechanical restrictions to performance.

Which one is the Best?

It all depends upon the device which you are using to store data like PC and Laptops use different drives.

Most PC devices use traditional HDD rather than SSHD or SSD. You can install some additional files in SSD to increase the performance and basic functionality. But some newer PCs have SSD on smaller capacity. However, the SSHD is all-time best; rather, you are using a PC or Laptop. Because in SSHD, there is no need to add programming files to store music and photos.

The decision about whether to choose SSD or SSHD is tricky. Because the Laptops only have a single room for the drive, we have to choose between SSHD, HDD, and SSD. The SSHD gives massive storage capacity, while SSD gives excellent performance. But the wise choice is of SSHD it can easily handle both performance and space.

The choice to use drive completely depend upon whether you have a PC or Laptop. We have clear all the differences between HDD VS SSHD. If HDD is cheaper than SSHD is faster and more durable. SSHD uses less energy to store a large amount of data than HDD. The highest capacity to store data for SSHD is 4TB, and HDD is 10TB.

So which one is best and afford-able for you?

How Technology is Transforming Healthcare.