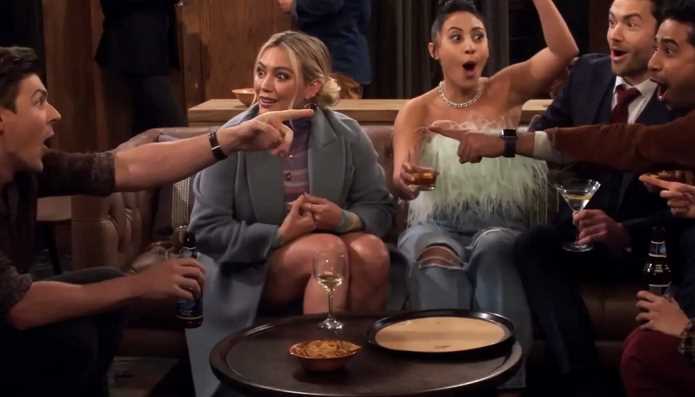 The year 2022 is already known as the year of sequels. In other words, if you follow any movie sequences, you’ll be happy to know that there are many sequels to come on the various streaming platforms.

The platforms bring excellent sound and video quality, transforming your home into a cinema. However, it is important to search for Frontier internet prices and find the best solution for your home.

For those of you looking for more entertainment in 2022, find out which movies each platform will feature.

Netflix is one of the most popular streaming platforms and has a catalog of very interesting movies to enjoy and explore in 2022. Check out what are the top nominations for the new year.

Scheduled for release on February 18, 2022, this American horror classic is back in full force. However, this time, the plot revolves around Leatherface and new victims – Elsie Fisher, Sarah Yarkin, and Nell Hudson.

In 1974, horror fans were introduced to cannibal assassin Leatherface and his equally bizarre family, but in 2022, we’ll have a new sequel that ignores previous ones, similar to what we’ve seen recently in Halloween and Candyman.

The new film will show a group of young people who are interested in a business opportunity in a small town in Texas, unaware that a cannibal killer who uses a chainsaw lives in that location.

According to the synopsis, after spending nearly 50 years in hiding, the serial killer is back. This time, he terrorizes a group of idealistic friends, who unwittingly disturb his world in an isolated small town in Texas.

Still, no release date, the live-action film Slumberland is inspired by the 1989 animated film Little Nemo: Adventures in Slumberland. In the new version, the film will star Jason Momoa, Chris O’Dowd, Marlow Barkley, and Kyle Chandler.

According to the synopsis, the film follows a dreamy boy who finds himself trapped in his fantasy, which is everything he always dreamed of. But things get complicated when he finds an ancient secret that could end his perfect dream and the whole world.

Scheduled for March 2022, the Japanese drama hits the streaming platform. It is an upcoming Netflix Original Japanese romantic drama film directed by Fukagawa Yoshihiro. The film was co-written by Yoshida Tomoko and Uyama Keisuke and produced by Toho Studios.

In this history, Haruto Asakura, who was once an aspiring photographer, falls in love with hairdresser Misaki Ariake and invites her on a date.

Watching Misaki work hard to fulfill her dreams inspires Haruto to return to photography, but their romance is under threat of ending quickly as Misaki is diagnosed with a rare disease that ages her ten times faster than normal.

Enola Holmes 2: The Case of the Left-Handed Lady

Enola’s first film was released in the fall of 2020 and was very successful. Therefore, it returns now, in 2022, with the second version, based on the book The Case of the Left-Handed Lady by Enola Holmes.

Enola is being sought out by the most famous detective in the world – her brother, Sherlock Holmes. For her to remain free, she needs to deceive him.

Finding a hiding place full of brilliant charcoal drawings, she feels like she’s a kindred spirit to the girl who made those works of art – but the girl, the young Ms. Cecily disappeared without a trace.

Breaking through the grim streets where assassins lurk, Enola must discover how clues – a sloping staircase, a cross-eyed clerk, and a few political pamphlets – can lead her to find the left-handed girl. But to save Ms.

Cecily from a powerful villain, Enola will risk revealing more than she can. Will her own lonely heart betray her?

With no release forecast in the year 2022, Knives Out promises to be a great success, considering that the first part, released in 2019, was nominated for an Oscar for best screenplay.

One of the centerpieces of the first film, the Thrombey family, consisting of Ransom (Chris Evans), Linda (Jamie Lee Curtis), Walt (Michael Shannon), Richard (Don Johnson), Joni (Toni Collette), Meg (Katherine Langford) and Jacob (Jaeden Martell), will not be in the sequel.

The new version will show the character of Daniel Craig in another situation.

Amazon Prime Video also has big releases coming and to make fans even more excited, the platform has decided to highlight some of the main new releases for the next year.

Thus, Drac and the gang are transformed into common people, while Johnny turns into a monster. Without his vampire powers, Drac will have to race against time to reverse this frightening situation before their new bodies become permanent.

Scheduled for January 17, 2022, The Tender Bar tells the story of a boy who seeks a replacement for his father, who disappeared shortly after his birth and becomes close to his uncle Charlie and customers in a bar in Long Island.

Uncle Charlie works as a bartender there and knows all the employees and regular customers. He is a charismatic individual and all of his friends are eager to initiate the boy into his rituals. The boy then listens intently to the stories of these men and draws on these stories for guidance on how to live.

Inspired by J.R. Moehringer’s memoir, “The Tender Bar” is Amazon’s new original drama. With George Clooney taking the reins of directing, the film stars Ben Affleck and Tye Sheridan in the lead roles and has a screenplay adapted by William Monahan (2007 Oscar winner for “The Departed”).

The film opens on January 7th but is scheduled to be available on the platform on January 21st, 2022. In this, Rahim (Amir Jadidi) is in prison because of a debt he was unable to pay.

During a two-day leave, he tries to convince his creditor (Mohsen Tanabandeh) to withdraw his claim against payment of part of the sum. But things don’t go as planned after he returns a bag full of gold coins.

With the arrival of 2022, movies and series enter the catalog of the streamingDisney+ service. Eternals (2021), one of the main Marvel releases of the year, and the original film Ice Age: The Adventures of Buck (2022) are some of the new features.

Death on the Nile

In Death on the Nile, during their honeymoon trip down the Nile River, Linnet Ridgeway (Gal Gadot) and Simon Doyle (Armie Hammer) invited loved ones to board the Karvak boat and celebrate their union. But the rich heiress is mysteriously killed at night and for almost all passengers have reasons to kill her.

But one of the guests, coincidentally, is the most famous detective in the world, Hercules Poirot, who begins to investigate the case. While investigations begin on the boat itself, new deaths happen to cover up the truth and the case ends up being more difficult to solve with each passing time.

This famous adaptation of Agatha Christie’s book is slated to premiere on February 10, 2022.

The sequel to The Ice Age Adventures is slated for release on January 28, 2022. On him, the Possum brothers, Crash and Eddie, embark on a journey to find a good place to live. However, they end up trapped in the Jurassic Lost World.

While in great danger, they are rescued by the weasel Buck Wild. Now the quartet needs to unite to save the Lost World from the domination of just one species.

Eternals from Marvel Studios introduces an incredible new team of superheroes from the cinematic universe of Marvel – an immortal race of elite heroes who have lived secretly on Earth for years to protect and train civilizations.

After the events of Avengers: Ultimatum, an unexpected tragedy forces them to step out of the shadows to meet and face man’s oldest enemy: the Deviant. The release date for January 12, 2022.

HBO Max has been gaining ground among streaming platforms due to the quality of movies and series in the catalog and has quickly become one of the top 5 favorites in the United States. So, check out the list of movies that will rock in 2022.

This blockbuster of theaters should be available on the platform in August 2022. Peter Parker (Tom Holland) will have to deal with the consequences of his identity as the most beloved hero in the world after being revealed by the Daily Claim report, with a recording made by Mysterio (Jake Gyllenhaal) in the previous film.

Unable to separate his normal life from the adventures of being a superhero, as well as having his reputation ruined by thinking he was the one who killed Mysterio and endangered his dearest ones, Parker asks Doctor Strange (Benedict Cumberbatch) to let everyone know. forget your true identity.

Still no release date, Morbius is expected to hit HBO max in 2022. Based on the character of the same name from Marvel Comics, in an attempt to cure himself of a rare blood disease, scientist Michael Morbius (Jared Leto) ends up infecting himself with a type of vampirism.

In 2022, movies promise to shake the streaming platforms, and each one of them is willing to propose even the biggest movie hits for you to watch from the sofa.

So, enjoy the new year to expand your movie perspectives and enjoy good entertainment with platforms. But ensure a good connection speed to avoid crashes with CenturyLink internet.